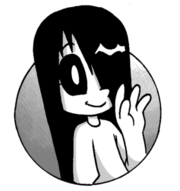 Erma is like a lot of kids around her age. She is innocent, weird, and full of wonder. It just so happens that she is the daughter of a ghost for a mother and carries over many of her powers. This can be seen quite often as her antics go awry with her ghostly abilities cause plenty of chaotic results around her. But for her, it is all with good intensions.

Love knows no bounds when it comes to these two. Despite if people may see them as a rather disturbing or weird relationship, Erma's parents are made for each other. While her mother can be a little "extreme" at times with her supernatural abilities, her father still finds much beauty in her both in and out.

Erma seems to get along with most of the kids in the neighborhood, but there are three who are closest to her. Amy is Erma's best friend who is always energetic and is up for anything as long as she can have a good time with her buddy. Terry is always excited whenever he gets to hang out with Erma since he knows he is going to see something supernatural. Connor, while a friend, has more of a crush on her regardless of the unusual things that she does. 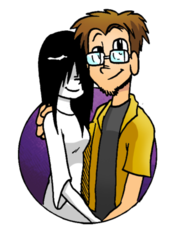 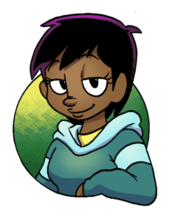 When Erma's parents are out for the night, there can only be one who is capable to take on the task of watching her. Felicia is Erma's babysitter who is rarely startled by any of the ghostly activity that the little monster is up to, but also tries not to be a strict stuck up while keeping her under control. 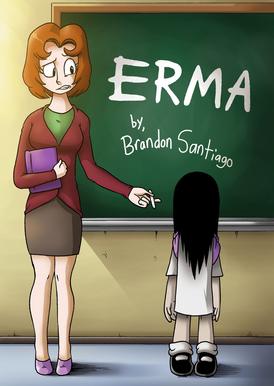 This is the story of a little girl named Erma, who is enjoying life in the suburbs going to school, hanging out with friends, and even spending time with the family. What is the catch? She is a ghost. Each page is a new type of antic that Erma gets into and the insanity that ensues in the meanwhile. 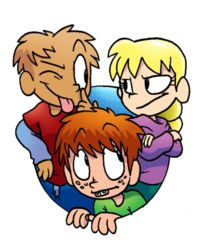