Patricia is another one of Brandon’s long-time friends who has taken up a particular interest in martial arts. In fact, her skills seem to range from surprising to unbelievable and possibly deadly. When asked where she had learned her moves, she will always shrug off with a reply saying that she learned them from a “special” school.

Brandon was your average comic book geek who seemed more worried about picking up the latest issue than what was going on in the world. That soon changed, however, when he was struck by a mysterious asteroid containing energy that would grant him powers, but not right off the bat. Now he is on the path of unlocking his abilities while gradually going into the life of a superhero as his world turns upside down with secrets revealed and the entire universe hunting for his power. 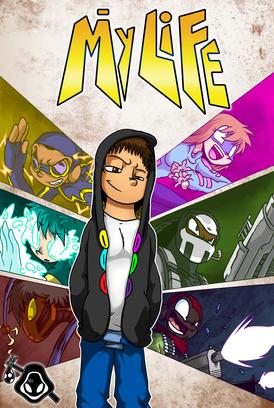 Joey's life had been changed forever when his genes had evolved amongst those in his old neighborhood in the city giving him super-speed and turning him inhuman. Throughout the years after this incident, his powers had been kept as a family secret. Even Joey's long-time friend, Brandon, has not known about this phenomenon. 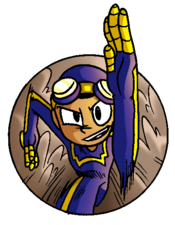 Brandon may have the powers and abilities of a supreme being, but at the end of the day, is still a nerd at heart. After surviving an asteroid that landed on him, he is discovering new powers throughout his days while gradually coinciding with the life of a superhero. However, for him, balancing a regular teenage life with crime fighting can be quite the task since he will constantly focus on one while losing track of the other. Despite these challenges, it will take more than that to keep him from saving the day.

Jermaine, some say, is too smart to be even human, but more of a walking computer. And who can blame them, since he seems to always have an answer for any situation with a high IQ and a specialty of inventing gadgets out of the smallest scraps. He is the oldest out of Brandon's friends who is willing to help him with anything but only with reason. 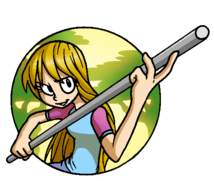 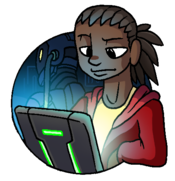